So Many Types of Beer, It's a Complex World - Part 1 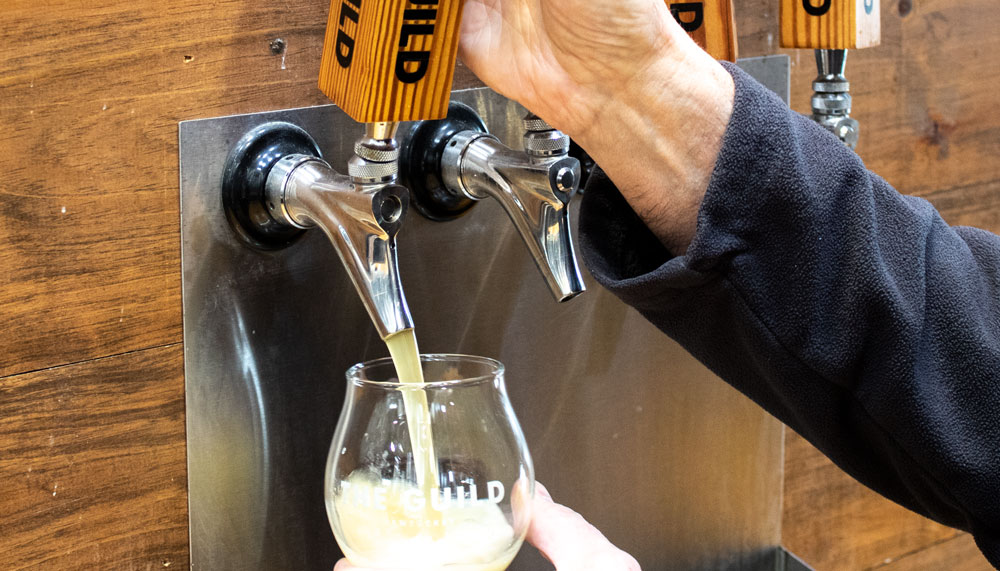 While the largest selling beer style worldwide is lager, a golden, clear, cold, carbonated brew, there are a bewildering array of beers out there, in kegs, in bottles and cans, on the shelves, at the taproom, and at the brewery.  In the US, where a resurgence in small scale brewing has taken off, there are breweries and brewpubs in most major cities across the country.  Taprooms and brewpubs can have as many as 15-20 beer styles available at one time.  Craft beer bars can have 50-100 beers on tap. Different countries have been making classic ales and lagers for centuries that are the jumping off point for today’s innovation and creativity. This is the craft beer era.  Brewers have taken traditional beer styles to the next level and beyond.  Styles are hybridized, infused, and reinvented.  So how can you to tell what’s going on?  Here are some basics to help explain.

The Basics: Ales and Lagers 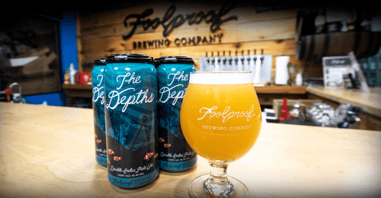 Let’s start from the beginning. The essential point of differentiation in beer styles is the yeast. The two main types of yeast used commercially are Ale and Lager strains. Ales are made with a top fermenting strain and Lagers are made with a bottom fermenting strain. What does top or bottom fermenting mean?  The yeast that performs fermentation, producing alcohol and CO2 will either act in the lower part of the fermenter, eventually settling to the bottom of the tank or the upper part, gathering on the surface of the brew. Ale strains, normally fermented warm [60-68℉], are characterized as having an estery [fruity] aroma and flavor. Lager strains, usually fermented cooler [48-55℉], are known for a slightly sulfurous aroma and flavor. There are exceptions to the rule, with some strains showing both properties, but these are rare.

The yeast strains used in Belgium and Germany add another dimension to the beer flavor profile. Spicy [phenolic], alcoholic [fusel], and very estery byproducts are characteristics in many beers produced in these countries, and include fermentation by wild yeast or bacteria that would normally be considered beer spoilers.

On a basic level, it may help to look at beers by a series of intensity scales, using elements that make up the flavor profile of each beer style. What is visible is color and clarity. What you smell and taste is hop bitterness and aroma, alcohol, or acidity/sourness.

Beers can be low on one scale and high on another, which makes hard definitions of style difficult. A beer can be light golden, strong, hazy, and very hoppy. Some dark beers are low alcohol [Guinness Draught], belying the myth in this country that dark beers are all strong. At the low end of combined scales, a light colored, low alcohol, barely hopped, bright, tame beer is just that. Think of US Light Beer made with standard lager yeast. The polar opposite would be an amber, strong, unfiltered, hoppy IPA with Belgian yeast.

Is the Beer Golden, Amber, Brown or Black? [Light to Dark]

Light means golden or pale straw color in this context. The majority of beer sold in the US still is clear, cold and golden. This is the most popular style throughout the brewing world. In general, these brews are made with a lager strain, pale malted barley and are filtered. It’s a good starting place. By adding some lightly roasted color malt [5-10%], beer becomes copper or amber. Increased color usually means more body in the beer. On the way to the Black Stuff, as the Irish say, there are brown beers and ales [UK Brown Ale, German Altbier, Scottish Ale] made with color malt and dark roasted malt [1-2%]. Add more dark roasted malt and you get the black colors you see in Porter, Schwarzbier, Černé Pivo [Czech black beer] and Stout. 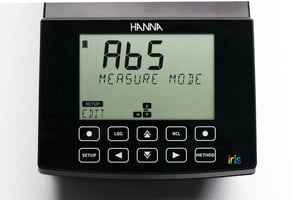 The way to measure color is called SRM [Standard Reference Method]. A sample is evaluated using spectrophotometry, essentially passing light through the beer at a specified wavelength. A golden lager might have a color of 2˚ or 3˚ SRM, a pale ale 10˚– 13˚ SRM, a brown ale or dark lager 17˚–20˚ SRM, to the near black of stout at 30˚- 40˚ SRM. 1

How Much Alcohol is in the Beer?  [Low to Strong]

Very low alcohol usually means 3.2% ABV [Alcohol By Volume] or less. Some areas of the US still require beer to have no more than 3.2% alcohol, mostly to control alcohol intake. Other countries have low alcohol beers, but it is essentially a reflection of the cost of making the beer. Stronger beers have more of the ingredients that make alcohol, hence a pint of Strong Ale will cost more than a pint of ordinary Pale Ale. The UK brewers make Mild, an ale that is sometimes brown or black and low in alcohol [3.0-3.6%]. The tradition was to have a more affordable beer for the working folks, priced below the regular pint at the pub.  Czech brewers also had lower alcohol lagers measured in degrees for factory workers and farmers. Unlike US low calorie Light Beers, which have a modest alcohol content and a neutral flavor, Mild and Czech 7° beers have some malt body and hop character.2

The majority of beer produced worldwide is in the 4.5 - 5.5% ABV range. These beers can vary in color, hopping and other flavors. Most likely they are the best selling golden beers in this country, with low body and hopping. There are moderate strength beers in all categories, from ales and lagers to Belgian beers.

Hops provide bitterness and aroma to beer. Hop bitterness is measured in Bitterness Units [BU’s]. They have bacteriostatic properties that inhibit certain beer spoilers as well. Hop usage in beer dates back to at least the 12th century when they became preferred over other herbs and spices. Beers with mild hopping include our standard, golden lagers as well as some malty ales and lagers in the UK and Europe. Dark beers can have low to moderate hop rates, much like the dark beers that are low in alcohol. On the low end of the scale, beers clock in at 9-12 BU’s [think Light Beer again]. In the middle of the scale there are many US craft, UK and German beers in the 18-30 BU range, some with noticeable floral or spicy hop aroma. Middle range hoppy beers have a little more body, are slightly stronger and can range in color from golden to black. The high end of the scale includes India Pale Ales as well as beers in the US that stretch the limits of the palate.  It is not unheard of to see beers with 60-100 BU’s on the shelves.

Hops are added to the kettle for bitterness, but for increased aroma, brewers add hops to the beer after fermentation in tanks or casks in a process called dry hopping. UK brewers who wanted casks of beer to keep from spoiling during shipping to India, added more hops, calling these beers India Pale Ales.3  Although the British brewers have been known for hoppy beers in comparison to the brewers of Europe, US craft brewers have taken the practice of hopping to a level unheard of in brewing history. Heavily dry hopped IPA’s are the rage. This is in stark contrast to the first US IPA’s that tested the limits of bitterness.  Now it is about fruity/estery aroma. To get pronounced aroma, beers have increased from 0.3-0.5 lbs of hops per barrel [31 gal] to 2.0 - 4.0 lbs per barrel. Citrusy, fruity, and tropical hop aromas are in demand for these brews.

Cold Filtered or Full on Hazy?  [Bright to Hazy] 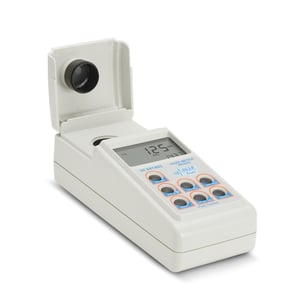 Again, standard US lagers are filtered bright. The tradition has been to filter golden beers or in the case of real ale brewers in the UK, to add a fining/settling agent to the beer so that the residual yeast and protein will settle out. The development of filtration was one more step in making stable beer that would last on the shelf. There are a number of beer styles that also were traditionally unfiltered, mainly brewed in Belgium and Germany. In Germany, they are most likely to be wheat beers, a style that usually uses wild yeast in production. The myriad unfiltered Belgian styles include Pale Ale, Farmhouse Ale, Wit [wheat beer], Flemish Red Ale, Oud Bruin [sour brown ale], Saison [spiced wheat beer], and Lambic [sour beer]. The newest addition to the unfiltered line up is the aforementioned US dry hopped IPA.  The hazier the better for this category. Yeast, hop particulate and protein are in abundance.

The following chart shows the range for FTU’s in beer: 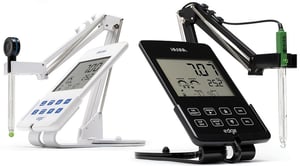 Tame beers use ale or lager strains that produce flavors in a narrow range that are not overpowering. The standard US Lagers are tame. British Pale Ales and German Pils, although more flavorful, still are tame compared to the beers made by spontaneous fermentation or pitched with wild yeast.  German and Belgian Wheat Beers exhibit spicy [phenolic] and pronounced estery aroma from the yeast utilized, putting them in the middle of the scale. US and Belgian brewers sometimes blend a much lower pH beer with a tame fermentation for a modest drop in pH.  At the far end of the scale are Belgian sour beers [Lambic, Flanders Red Ale and Oud Bruin] and German sour wheat [Berliner Weisse]. They can turn very sour since they are allowed to ferment at ambient temperatures with airborne wild yeast or lactic acid producing bacteria.

So many beers, so little time!

Stay tuned - this is a  FIVE PART blog mini-series.